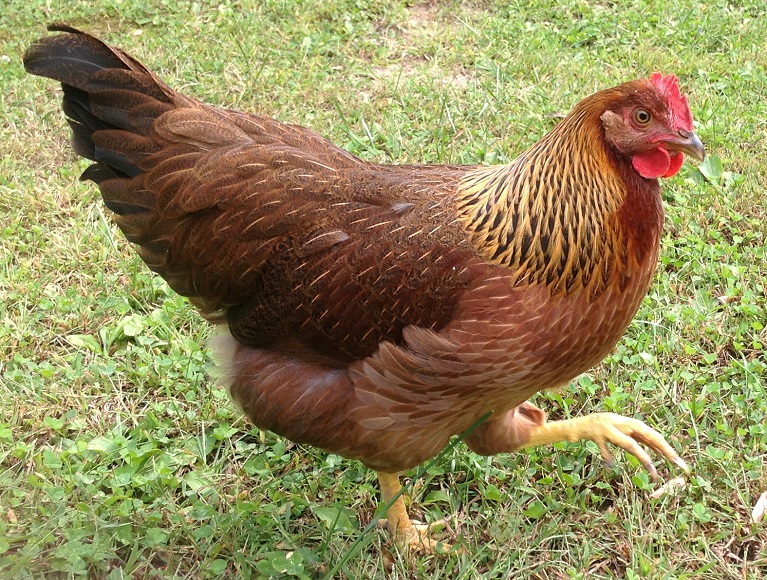 The girl in the featured photo was named Waffles. She was a Welsummer and one of the funniest and friendliest chickens we had. We will definitely be adding Welsummers to our new flock this year.

We started our first round of chickens in 2014. Then had to give them away for a while in 2016. Now we are going to be getting new girls in the spring of 2018, but we already have our coop from before. We just left the plastic over it from the winter and have been using it as extra storage, but will be cleaning it out in the spring when it’s time to put the new girls outside.


At that time, I’ll do a post/video with pictures of the additional modifications and features we did to make it suitable for us, but in the meantime, here is the original video I did on my old youtube account showing the coop. We ordered the plans from Clean Coops.

I will say there is one thing I wish we would have done differently. I wish we would not have made the coop so high. It works good to clean it out, but gathering the eggs requires tall people or a step stool. I think if I were to do a modification on it, I’d do a side door that dropped, instead of a top door that lifted. I might make that change, but it will all depend on how I feel.

Also, at the time we built it, we used all new materials. The total cost was about $2000 for everything including the run. That wasn’t cheap. But it has withstood 3 winters now, going on 4 and looks great because we used the outdoor paint. I will say, you can use lower grade materials than we did. My husband didn’t want to do that so we used higher grade materials as well as a super heavy plywood floor that we waxed good so it would stay clean. And it has. 🙂