When we got our first batch of chickens years ago, we built this box out of plywood and 2×2’s that held them inside the house until it was warm enough and they were big enough to go out to the full size coop. It was our first go at this and we were pretty inexperienced. All the things you can read won’t actually prepare you for what actually happens so you learn a lot along the way.


A few weekends ago, we were actually debating on if we really wanted to get chickens again. I already had them on order but the order won’t be fulfilled until next week so we actually had time to cancel if we wanted.

We were discussing having to build another peep crib and how we wanted to make it something that we could either recycle or reuse later on but we also didn’t want to spend a ton of money. I told David that I’d be willing to go hunt for pallets and build something so we could save the money.

The next day, he texts me from work and tells me there is this box that is a wooden crate available at his work and did I want it. Of course, I said yes, sight unseen because I figured even if it wasn’t perfect we would be able to make it work.

Well, let me show you what we got. For FREE….(you can click the images for larger photos) 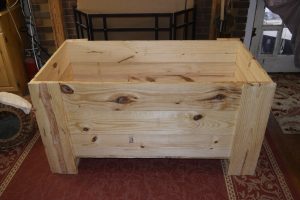 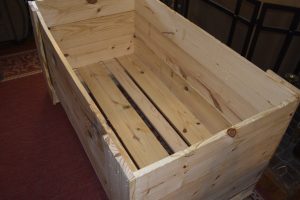 Once he got it home, we had to pull out a bunch of big staples but a little elbow grease took care of it. We’ll be putting in a heavy cardboard piece in the bottom, covered with some brown paper before we put the shavings on top.

Now the only thing left to do was to make a top for it so that we can keep them in as they get older and keep the cats out. So I made a frame and covered it with wire cloth to sit on top. 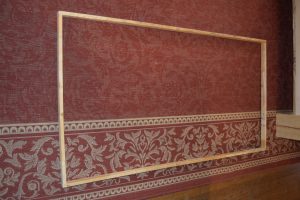 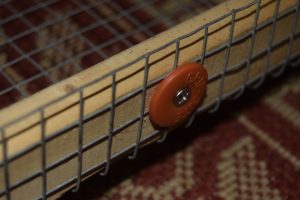 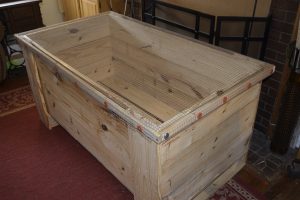 It’s made out of 1×2’s and the wire cloth was a scrap piece I had left that was large enough to make into the top. TA DA!!

I’m so happy about this! It was a blessing in disguise.

The other great thing about this is we usually put a red lamp on one side for warmth. The lamp can sit right on the wire cloth without fear of catching anything on fire.

Once we get it down into the basement and set up, I’ll do another post. I was just so excited I wanted to share!